18-19-20 October. The world championships of Savate Assalto kicked off. Agic Technology sponsors the event. Our Clemente Vitale is also competing! 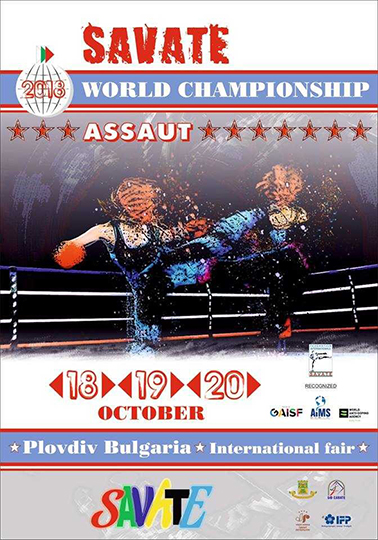 Appointment to tomorrow, Thursday, October 18, 2018, for the start of the "World Championships of Savate Assault", scheduled in Plovdiv in Bulgaria and which will end Saturday, October 20.

A discipline that enjoys official international recognition, the Savate Assault, the most widespread variant among those belonging to the Savate (Precombat, First Series Combat and Savate PRO), plays a leading role in the panorama of combat sports.

The decisive, fluid and elegant style, the precision of the shots, the resistance of the athletes and the origins (born in the eighteenth century between the ports of Marseille and among the poorest districts of Paris) make it a unique among the related sports: Full Contact, Kick Boxing, Muay Thai and Taekwondo. It is also considered a martial art.

Unlike the disciplines of the sector, where you fight barefoot, in the Savate you use rigid shoes (without heel and with reinforced sole and toe). This characteristic is also linked to the birth of this discipline: in French the term "savate" means "slipper" and this name refers to the slippers that French and Italian sailors usually wore at the time of its birth, during improvised challenges in ports. It is also known as Savate French Boxing.

There are also other disciplines associated with Savate itself: Savate Self- Defence, la Savate boxe de rue, Canne Baton and Canne de Combat, which stand out from the real ring fighting sport.

It is practiced on the distance of the 3 rounds of 2 minutes each (1 minute and a half for underage savateurs). Fighters are required to bring their hits by sinking them slightly. In case of uncontrolled shot the athlete concerned is called back by the referee, with automatic disqualification at the third call. It is the variant of Savate where you can admire the best of the techniques learned by the savateurs and where the goal is to leave as little room for action as possible to the opponent.

The judges evaluate only the shots scored and the style of the athletes to decide the winner.

Currently the most important manifestations of "Assaults" are precisely the World Championships, the European Championships and the Championship of France, much followed because of the high technical level of the participants.

Our Clemente Vitale (from the Agic Technology headquarters of Francavilla Fontana - BR) will be part of the massive expedition of the athletes of the National FIGHT1:

<<The possibility to have the international recognition has led FIGHT1 (http://www.fight1.it/) to set up an efficient and collaborative working group and these are the results that are collected during the many international events of the National team and our athletes.

The FIGHT1 National Team, which our brand has restored to its former glory, will be composed of the National Technical Directors Domenico Iaia and Marco Gilotti and the head of the DTN delegation Alessandro Zini with the international referees Salvatore Valeri, Mauro Boido, Stefano Secci and Stefano Sofio.

The group of 15 savateurs will be as follows:

The Savate National Team is sponsored by "Boxeur des rues" as clothing and by AGIC TECHNOLOGY > https://en.agictech.com/>>.

Clemente Vitale, Consultant - Cloud and Technology Specialist at the Francavilla Fontana (BR) headquarters, will be in the running for the -85kg category. Forza Clemente!

We renew our best wishes to all athletes. We will keep you updated on the results of the World Championships!