GDPR, the impact at one month and a half from full application 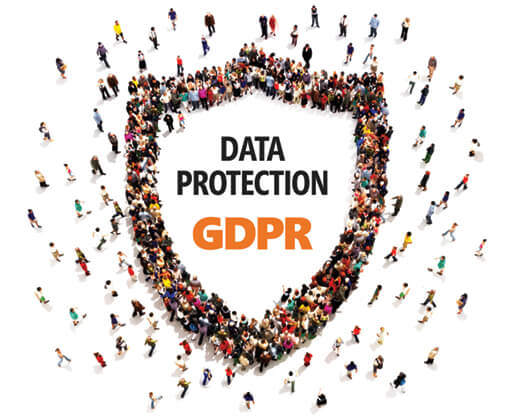 A month and a half after the full applicability of the new EU Regulation on data protection, or GDPR, the state of the art of the Italian companies invested by the adaptation largely reflects the less optimistic forecasts: about 70% of the companies involved do not carry out all the procedures in line with the new data protection rules. Most of them are not currently able to analyze and convey all the data collected according to the European guidelines. The current status quo is the result of the approach taken by companies when new legislation has entered in force, with the race for the adjustment that saw them as protagonists only near the last useful date, on May the 25th 2018.

A picture that had already come up during the event “Microsoft Security Circle - Managing data security in the new GDPR scenario” of the 25th of June, where Agic Technology actively participated.

Already in June the impasse of many companies was evident, delayed by many steps on the roadmap towards the complete alignment with the new EU regulations.

The positive effect of the entry into force of the GDPR is certainly the greater awareness among consumers about the importance of data protection by companies. Only this new scenario seems to have finally convinced companies that the protection of their data must be a primary need. And this must be done quickly and with the safest and the fastest technologies.

To remark this need, last May on the 21th, the Guarantor for the Protection of Personal Data, Antonello Soro, made public the annual report on privacy in the Hall of the Queen in the Chamber of Deputies. The report basically revealed the extent of the ongoing digital revolution, which has turned everything around in the name of Big Data.

Until a few years ago, Data Protection was a theme left in the background and reserved for a few insiders. Today it is at the center of the major global economic and ethical conflicts, and the protagonist of the world economy. Everyone knows what we are talking about when we use the terms Privacy and Data Protection, and everyone recognizes the potential risks of invasion of our lives and the exploitation of our personal data for every kind of purpose.

The alarm launched today by the Guarantor seemed to refer always to the central theme: the lack of an adequate regulatory framework that “instead of favoring the free unfolding of market dynamics and, with them, collective well-being, exposes the concept of sovereignty to risk, making those Countries that have not regulated the conditions for a correct development of the digital economy vulnerable”.

“For a long time, governments have underestimated the effects and risks of an unregulated system, in which the web platforms’ big operators have written the rules, promoting an unstoppable process of acquisitions and data merging, giving life to the current system of oligopolies”, Soro said, underlining the need to recover the wasted time to “socket the digital revolution into a system of democratic rules”.

The investigations conducted by the Italian Data Protection Authority have shown significant trends in Italy: only in May, the cyber attacks “touched the threshold of 140 per day. Since May the 25th, the data breach communications to the Guarantor have increased by more than 500%, which involved, together with those notified since March, over 330.000 people”, Soro highlighted.

The Authority for personal data protection, composed of Antonello Soro, Augusta Iannini, Giovanna Bianchi Clerici, Licia Califano, also emphasized that in our country the GDPR still emerges as a sort of work in progress, a direction taken more than a point of arrival. The Authority’s invitation to companies is not to look at the regulation as another weight to be loaded on their shoulders.

The Guarantor confirms its supporting role and not only as a controller, obviously after the company has carried out its own assessment independently, as expected. At present, there are still too many companies in difficulty.

If your company too is among them, do not hesitate to contact us >