Microsoft outperforms Apple on the stock exchange. The silent revolution of Satya Nadella based on the cloud has paid 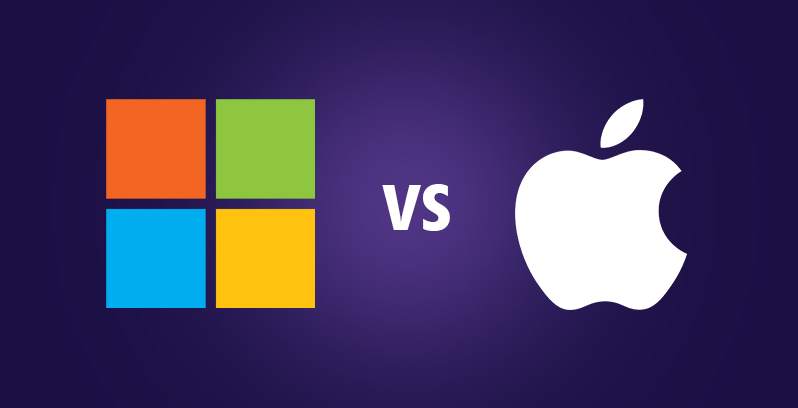 “Mobile first, cloud first”. Microsoft “conversion” starts from this “mantra” introduced, almost 5 years ago, by Satya Nadella, appointed CEO of the Redmond company at the time. The goal of the new CEO was clear: revolutionizing the company by bringing it closer to a service company, with maximum support for customers, made possible thanks to the large Microsoft family, the partners. This conversion of Microsoft starts early in 2014, with a decisive turn to the cloud and its security. The “digital cloud” becomes the basis of the new project, which also pours life into the traditional revenue sources.

The turning point imprinted by Nadella has caused, in recent years, the stock market listing of Microsoft to get to levels never seen before; the recent overtaking of Apple, not conceivable until a few years ago, has traced a groove with other large companies and holdings in the sector, which, after the initial rise, are significantly losing blows (estimated in billions of dollars).

Could the decision of investing massively in the cloud explain such a rise? Yes.

The philosophy “mobile first, cloud first” imprinted by the new CEO, has given good results from the very beginning, placing the company in a privileged position, in a sector whose growth is only at its start.

Some numbers can give us an overview of the extent of the cloud “phenomenon”: in the last quarter Azure and the Intelligent Cloud division reached a turnover of 8.6 billion dollars, up to about 25% compared to the previous year.

The growth of the sector is also able to drive decisively the other two main segments of the Redmond company: Productivity & Business Processes and More Personal Computing.

Microsoft offers its cloud services by identifying with customers and companies, increasingly willing to transfer their business to the Azure cloud.

A market that is now beginning to express its potential and that is still waiting for an explosion (in terms of numbers), because the percentage of companies that have already moved to the cloud is still low compared to those who are moving to it or plan to move to it in the future.

It was impossibile some years ago to think that Microsoft would have surpassed Apple again on the stock exchange. Today it has become reality.

The high value of the shares on the stock exchange (tripled in four years), resistant to market shocks that have destabilized the other big names in the industry, rewards a long-term strategy, which is based on some fundamental principles: personalized customer service, continuous innovation and loyalty with partners, with a constant look at the new market needs that emerge from the data and trends analysis, and market research.

In this sense, the symbolic purchase of LinkedIn during the Nadella age, acquired in 2016 for 26 billion dollars, has allowed Microsoft to enter the social network market, with a complete range of professional services and with the prospect of integrating the professionals platform (from over 500 million subscribers) with the Office products.

Added to all this is worth to mention the success of a device like Surface, whose sales have grown more than 25% in the last year and whose revenues have exceeded one billion dollars in the last three months.

Nadella’s revolution is showing all its potential and, more importantly, infuses great confidence in the future.

“We must be insatiable in our desire to learn from the outside and bring what we learn inside Microsoft”, writes Satya Nadella in his book “Hit Refresh”.

And the strategy works.